We are Baha’is of Cupertino, California — members of the Baha’i Faith, the second most widespread of the world’s independent religions, established in 235 countries and territories throughout the world. We come from over 2,100 ethnic, racial, and tribal groups and number over 6 million worldwide.

Baha’is believe in the unity of religions, that there is but one religion, and the Source of that religion is the Creator, God. Different religions are progressive chapters in that book of religion. Baha’i teachings encourage world-mindedness, and promote the development of international institutions of world governance capable of managing the global challenges that confront humankind today. The equality of women and men, the harmony of science and religion, universal education, and the eradication of all forms of prejudice are among the central social principles of the Baha’i Faith.

For more than a century, Baha’i communities around the globe have been working to break down barriers of prejudice between peoples and have collaborated with other like-minded groups to promote the model of a global society. At the heart of our belief is the conviction that humanity is a single people with a common destiny. In the words of Baha’u’llah, the founder of our Faith, “The earth is but one country, and mankind its citizens.”

To learn more about the Baha’i Faith please visit www.bahai.org. 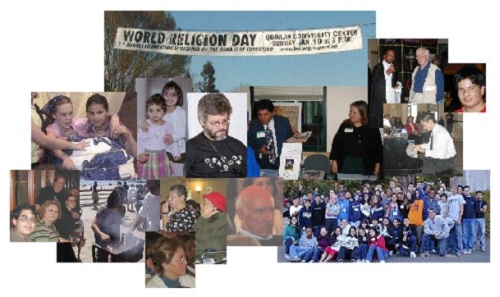